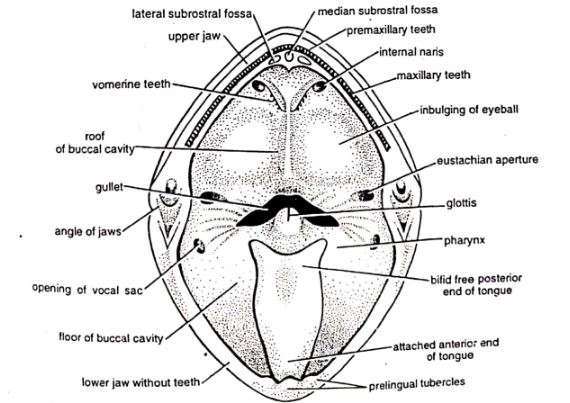 fig: Bucco-Pharyngeal cavity of a frog.

Besides gastric glands and intestinal glands, two large digestive glands are associated with the digestive system of frog and they are:

The digestive System of frog has been fully explained above. If you want more articles then you can visit our blog page or you can use the search button.