In this article on pigeons, we will learn about the structure, types, development and uses of feathers in pigeon (Columba livia). Columba livia is the scientific name of the Indian Rock Pigeon.

Structure of Feathers in Pigeon 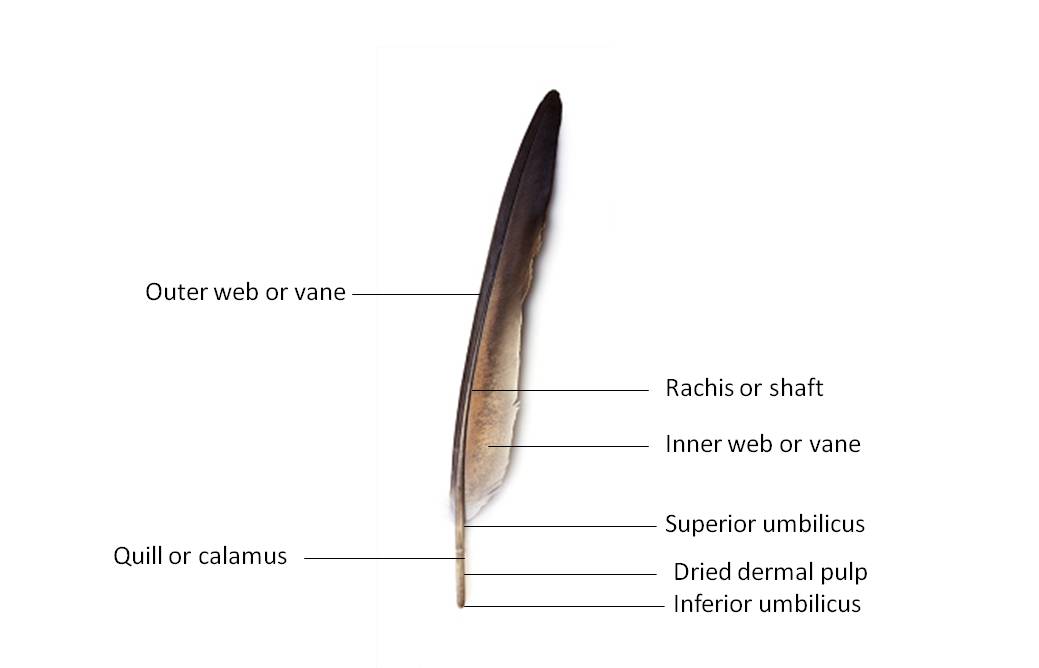 A typical pigeon feather has two parts. They are 1. The axis or main stem, and 2. The vane or vexillum.

Types of Feathers in Pigeon 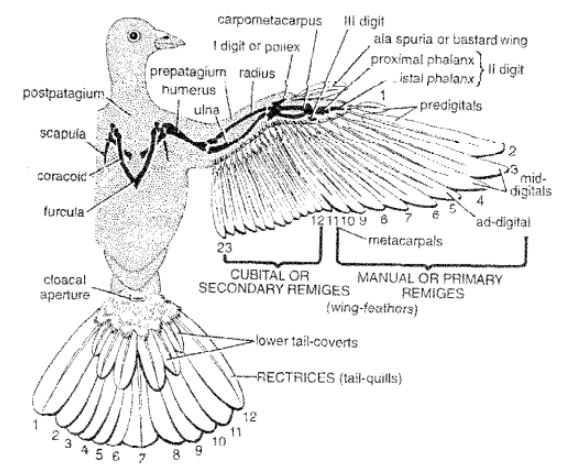 fig : Arrangement of the feathers in pigeon.

There are four types of feathers present in pigeons and they are quills or flight feathers, contour feathers, filoplumes, and down feathers.

Uses of Feathers in Pigeon

Feathers have several important and decorative functions for pigeons. The uses of the feathers in pigeons are given below:-

Feathers are a durable covering of the pigeons and protect them from any mechanical and physiological injury.

Heat retention is one of the most important functions of the feathers for pigeons. The birds can maintain 104° to 112°F with the help of feathers in any kind of weather. During cold weather, feathers help to prevent heat loss from the body.

As pigeons or other birds have different pigments, they have different colored feathers which help them camouflage and protect the birds from their enemies.

Usually, the male birds have more attractive feathers than the females which help them in attracting the females during the breeding season.

Down feathers are of special importance as natal covering in birds.

Pigeons as well as other birds use their feathers in the formation of nests to make them more comfortable.