Introduction: The digestive system of Columba livia, also known as the rock pigeon, is similar to that of other birds. Food enters the mouth and is mashed by the beak and tongue before being swallowed and entering the oesophagus, stomach, small intestine and large intestine. Nutrients are absorbed into the bloodstream through the walls of the small intestine, and indigestible material is passed into the large intestine and then eliminated through the cloaca.

What is Digestive System?

The digestive system is a series of organs that work together to convert food into energy and basic nutrients to feed the entire body. Food is broken down through a mechanical and chemical process and then absorbed into the bloodstream to be transported to cells throughout the body.

The whole digestive system of pigeon is divided into two parts: the alimentary canal and the digestive glands. 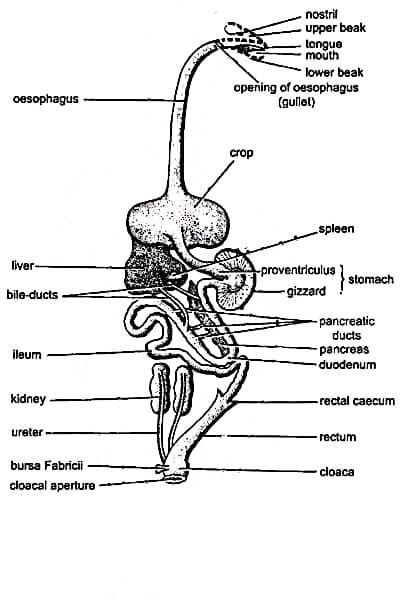 Approximately 8 digestive glands are found in a pigeon’s body and they are: