The central nervous system includes 1. The brain and 2. The spinal cord. 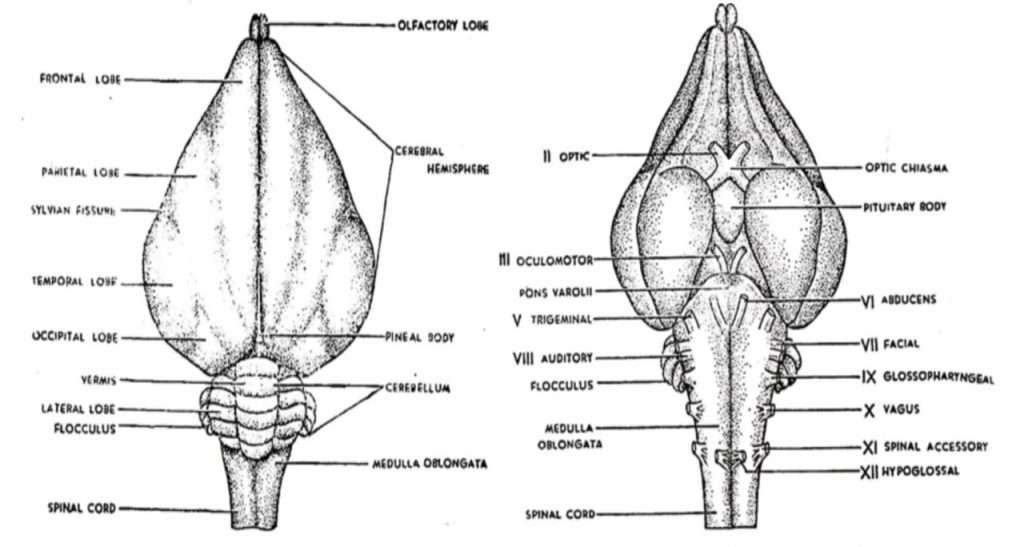 Guinea pigs or Cavia porcellus have 12 pairs of cranial nerves and they are given below. 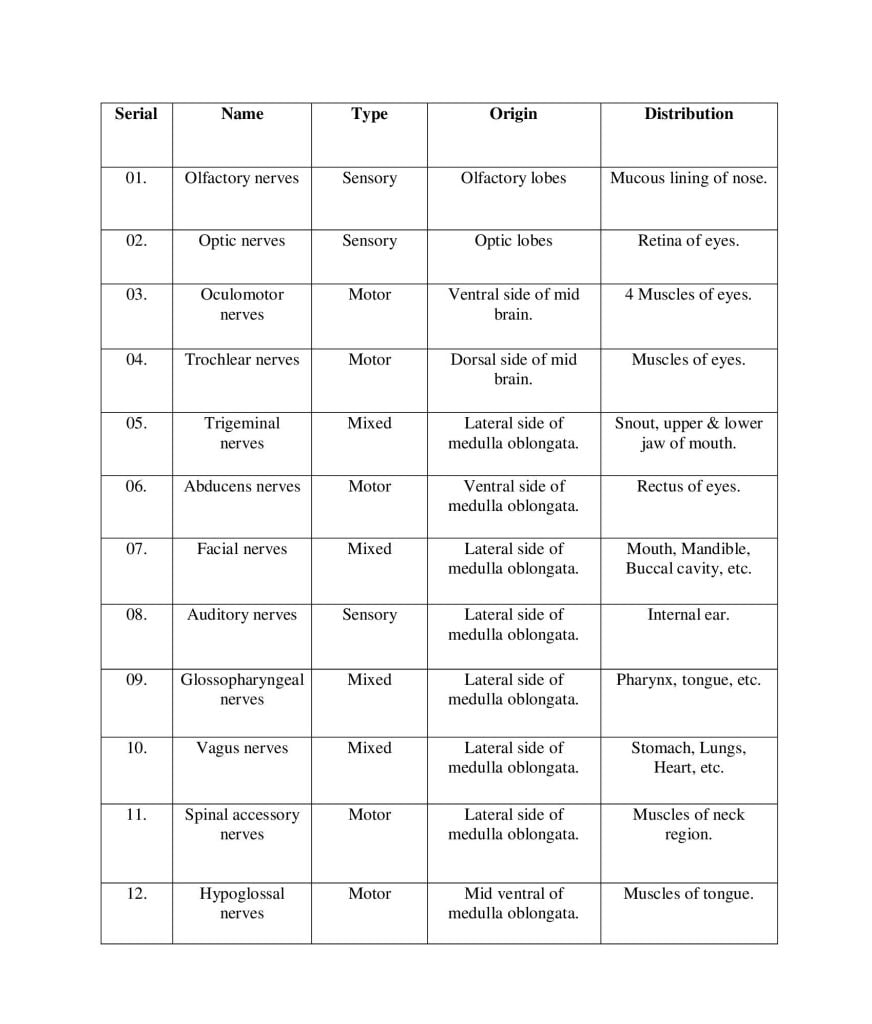