In this article, we will learn the general characteristics of Euglena and its labeled diagram.

Euglena is a diverse group of single-celled organisms that belong to the phylum Euglenophyta. They are found in a variety of freshwater environments, including ponds, lakes, rivers, streams, etc.

Habit and Habitat of Euglena 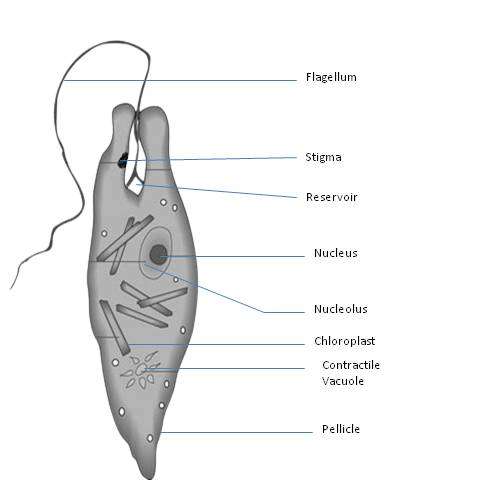 Here are the most important general characters of Euglena are given below.

Why Euglena is a Plant?

Why Euglena is an animal?

Euglena is called an animal-like protist because it exhibits characteristics of both animals and plants. It has a flagellum for movement, which is a characteristic of animals. Additionally, it can ingest food, similar to animals. However, it also contains chlorophyll and is able to photosynthesize, like plants. Due to this unique combination of characteristics, Euglena is classified as an “animal-like protist”. It is a single-celled organism that belongs to the family Euglenidae. Some important reasons are given below:

The general characteristics of Euglena have been fully explained above. If you love our articles, consider reading more articles from us. Thank you.